Theatre program brings the story of Anne Frank to the stage

VU students and community members portray life in the Annex 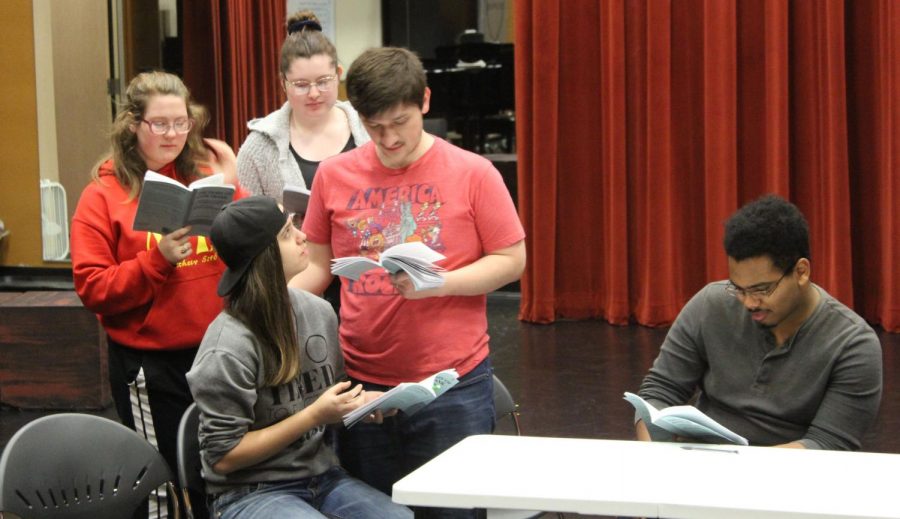 Many people know the story of the young Jewish girl named Anne Frank. Her story takes place during the Holocaust from 1942-1944 and has inspired the world, showing the importance of  journaling and how it can help future generations understand the past.

Vincennes University will bring this story to the stage during performances of “The Diary of Anne Frank.” The play is set for Feb. 14, 15 and 16 at 7 p.m., and Feb. 17 at 2 p.m. in the Red Skelton Performing Arts Center.

Kendra Clauser, director of the play and program chair of theatre at VU, said the play will spark a range of emotions in audience members.

“There are moments where your heart breaks for what they went through…there are also moments of joy where you feel hope because of how she preserved the world around her,” she said.

Clauser explained that one challenge in casting the play was finding an actress who could play Anne Frank at the age of 12 and 14.

“She [Anne Frank] just inspires me because she’s so unique and different. Even in the hardest situations she never loses her light, she never changes, she never shuts down, she’s just Anne,” she said.

Root added that she is excited for the audience to see how dramatic Anne is and that this is an event that really happened and real people experienced.

Jake Sexton, Bloomington,  theater arts, who plays Peter Van Daan, explained that research is what helps him get into play.

“The more you can know about the character the better,” he said.

Sexton went on to explain that his character is very shy but seems to come into his own toward the end of the play,

Sexton hopes the message of “The Diary of Anne Frank” sinks in and that the audiences feels something when it’s over.