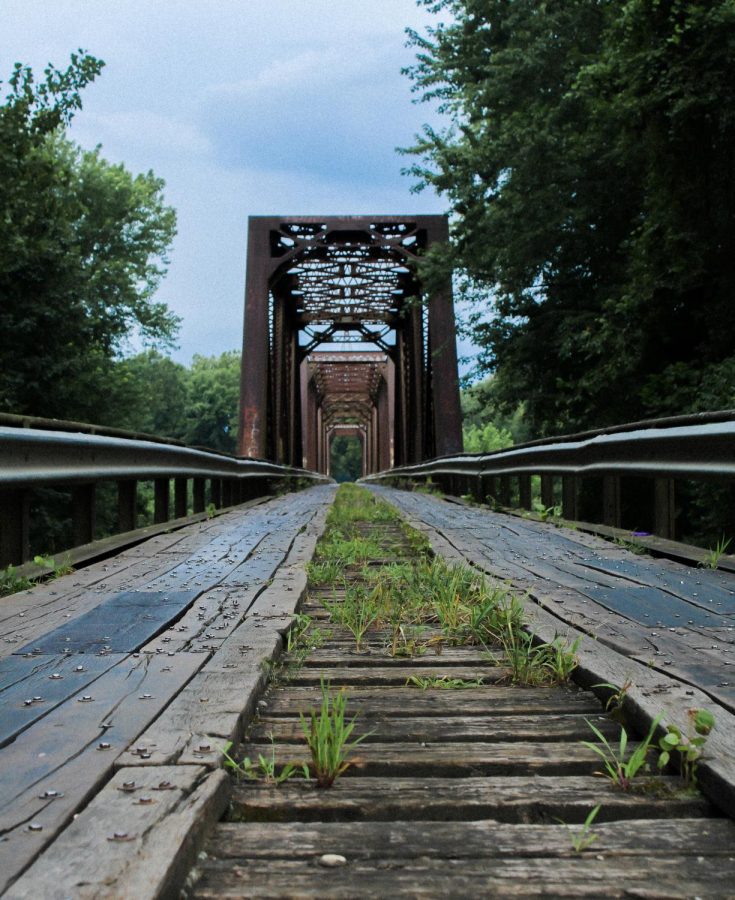 The Wabash Cannonball Bridge is located in a rural area outside of Vincennes.

The start of a well-known Vincennes legend began in the year of 1897. Known by many names, the Wabash Cannonball Bridge is a connecting bridge between Indiana and Illinois overpassing the Wabash River. It’s located in a remote area surrounded by miles of woodland. The creaking of the rough wooden panels mixed with the crackling gravel underneath the tires makes for an eerie, spine-chilling night drive.

It started to be constructed in 1897 as a railroad bridge and without enough money to fix the bridge all at once, each span on the bridge had to be individually replaced which delayed the finished project until 1924.

Later in the twentieth century, the bridge was abandoned and wasn’t used until a farmer with the last name Stangle came and bought the bridge in 1970. Although he didn’t make many changes to the bridge itself, Stangle opened the bridge as a toll bridge for vehicles. The bridge was sold to St. Francisville, a town in Illinois, in 1995 who later sold it to the state of Illinois in 2009. The state still owns it to this day.

The 1,000 foot, one-lane bridge’s history isn’t the only thing worth knowing about this bridge.

According to the Vincennes lore, if drivers go to the bridge at midnight, turn off all car lights, honk the horn three times, a floating purple head will appear somewhere on the bridge or in the rearview mirror. There are many interpretations to this tale; some say to honk three times, others say to flash the car’s headlights three times. Whether or not these methods work is still a conspiracy.

The bridge’s numerous names come from the many legends and stories told about people’s experiences or knowledge of the bridge.

There’s an old story told about a Native American Shaman who is said to still haunt the bridge. During the French and Indian War, it is said that Native Americans and white settlers on the land, now known as Indiana, fought endlessly leaving a trail of bodies in passing years. The Shaman (whose name is unknown) died on the battlefield without a proper burial. Without the burial, his soul was never sent to “the next realm”, and he haunts the bridge in the form of a purple head, giving it the name “the Purple Head Bridge.”

Another theory about the purple head comes from the bridge’s other name: “the Hanging Bridge”. This derives from a suicide gone wrong. In his suicide attempt he tried to hang himself but somehow got decapitated. His body was never found.

There is so much speculation surrounding the bridge, that it is hard to know all the facts. One thing is for sure, the Cannonball Bridge is an exquisite and unique sight to see.

Sources used in this story include: