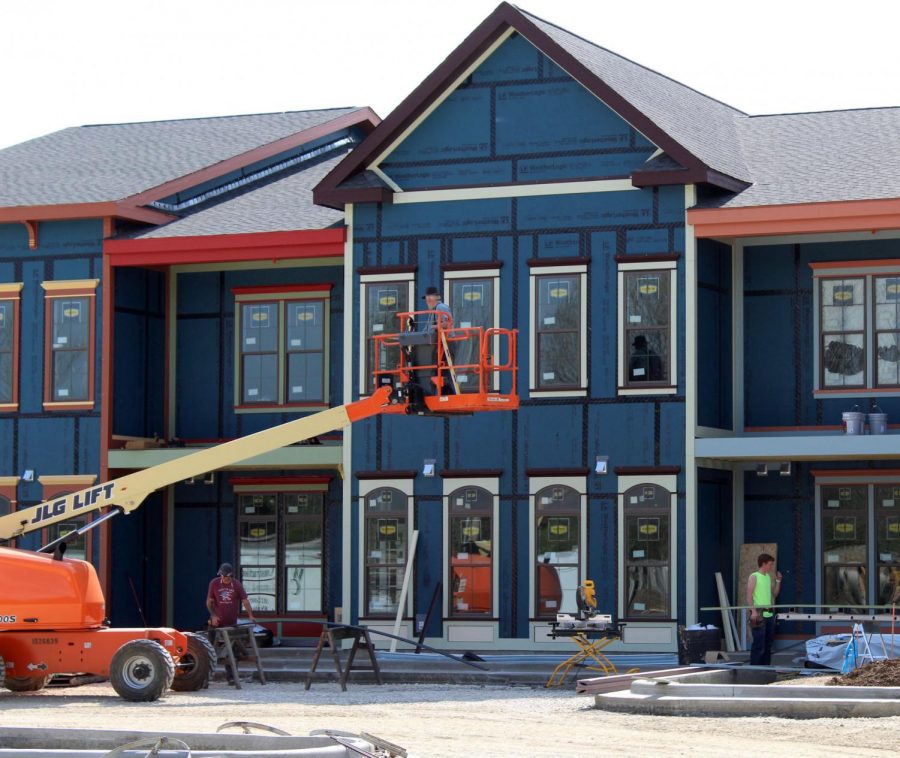 Workers continue to make updates on the second phase of the French Quarter apartment complex.

VU Director of Architectural Services and Facilities, Andrew Young, gave The Trailblazer some insight on the construction that has been going on around VU’s campus.

“We expect [phase II of The French Quarters] to be completed and ready for students to enjoy by the fall of this year,” Young confirmed.

The apartment layout of Phase II is very similar to Phase I. The buildings themselves are laid out in a manner so as to appreciate the architecture around them. The architectural team made sure not to cover the view of the Grouseland, the William Henry Harrison mansion.

They also made sure that the sidewalks along the apartments have clear access to the trail system along the Wabash River.

“Phase I was a bit difficult because I hadn’t worked on a project this unique in a while, but it definitely prepared me for phase II,” Cox mentioned.

The color scheme of these apartment buildings are very unique; replicating the French Quarters in New Orleans.

“It’s pretty neat that they brought a project like this to a small town. Something new like this will really brighten it up down here,” Cox added.

This construction site is arguably the largest and most noticeable project on campus, but there are other things being done to help improve VU.

Young confirmed that they are working on getting a product design and advanced manufacturing lab in the Technology building. This mainly deals with the 3-D printing and additive manufacturing aspect of that program, but it is a great addition to campus, Young said.

This project will be started this summer and hopefully will be completed before the Fall semester is over.

There will also be many cosmetic and technological updates that will be added to the Administrative building on campus. They hope to start this remodel after fall semester has started so the work doesn’t get in the way of students who are coming back to school or just starting.

The land that Harrison Hall used to sit on has still yet to find a purpose. Young said that there have been many discussions on what that area could turn in to but it’s dependent on funding and sources.

Nothing has hit ground on the construction or design realms for that space, but they hope to have something moving forward within the next couple of years.

There is always room for improvement. Our agricultural and construction teams are working very hard to make VU a safe and modern learning environment for all students, Young said.