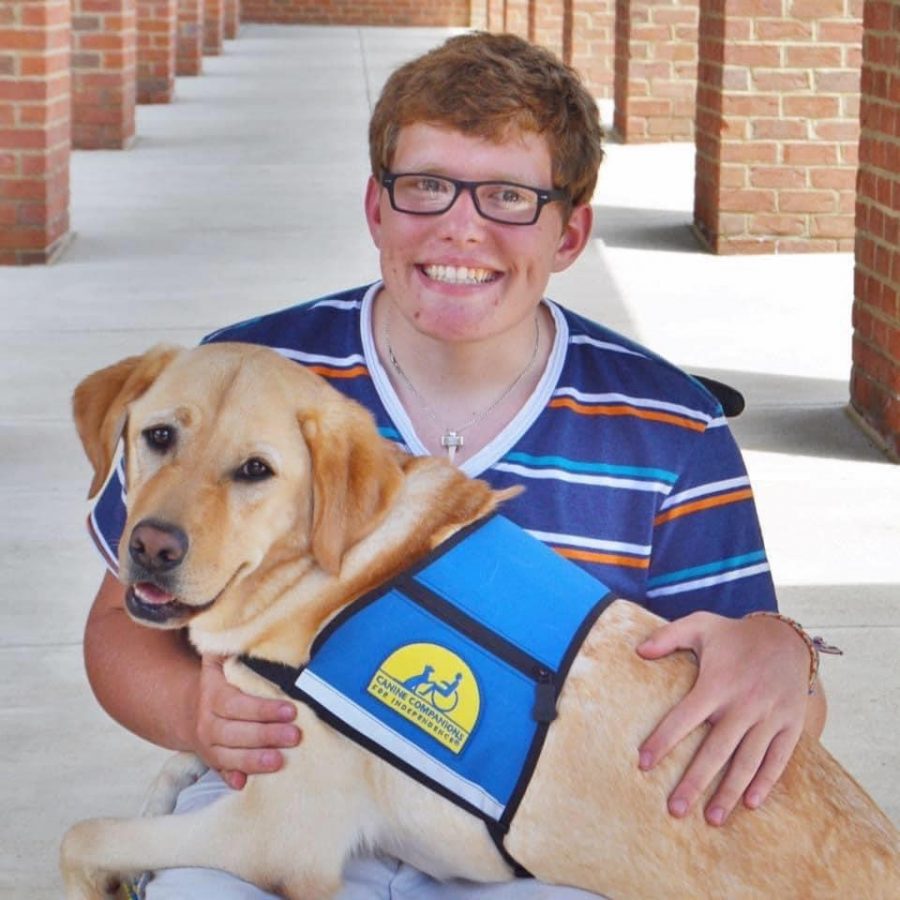 When you think of a service animal what do you think of? A dog? A cat? Almost any animal you could have as a pet? Unknown to many people, the only animals that are legally allowed to be service animals are dogs and in some cases miniature horses. There are many different types of service dogs such as Allergy Detection Dogs, Autism Service Dogs, Mobility Assistance Dogs, and many more. Service dogs were not legally recognized by the American’s Disabilities Act (ADA) until 1990, which was approximately 31 years ago, according to the Pawsitivity Service Dogs website.

Each dog is well trained in a specific field to aid a person with a certain disability. For example, third-year Elementary Special Education major Parker Timberman has had a mobility service dog since the age of 18.

“Herb is a Labrador, golden retriever cross. I’ve had him ever since I was about 18 in my junior year of high school; he usually helps me reach things if I drop them or if I can’t get something myself,” Timberman said.

Timberman said Herb is his first-ever service dog and added that the training and application process was very extensive.

According to Timberman, only 60- 75 percent of service dogs make it through training.

“First they do about eight weeks of training, and then move onto advanced training for about six to nine months before learning working commands. Even before that the application process was extremely thorough. First I had to request for an interview; then I had to fill out the application to see which dog would be able to match your needs; next, I did a phone interview and then an in-person interview. I was put on the waitlist for about 2 ½  years before I got accepted as an applicant. The animal service organization, Canine Companions for Independence, had me spend time with Herb for two weeks going on field trips, and seeing how well he and I worked together before taking the final test.”

When asked what he does when someone tries to interact with Herb, Timberman responded, “For me, it is okay if they want to interact with him as long as they ask first so I can give him the command to be in a controlled position just in case something happens. I try to teach people that the main priority of a service dog is to protect its owner and going up and interacting with them will distract them from their duty.”

As many people know, any type of animal can be a big responsibility. Obstacles such as having challenges with mobility can make it even harder for some, but not for Timberman.

“Having a dog is definitely a big responsibility, but I have never regretted getting Herb. We usually take 15 minutes each day to practice commands, and he has to be fed and walked like any other dog. When the organization says team they really mean it. We have to be able to take care of each other because if one of us stops providing care, the other will too and the relationship won’t work. Herb is one of the greatest decisions I have ever made and I am really glad I have him.”