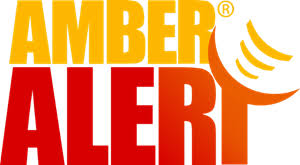 It is not uncommon to be minding your own business and all of a sudden that loud, frightening alarm goes off on your phone and everybody’s phones around you. It’s a very unfortunate sound to hear because everybody knows what that sound stands for. Someone has turned up missing, and nine times out of 10, that someone is a child. In this situation, the words “AMBER ALERT” are prominent across the screens of all cell phones. Furthermore, in other situations, the words “SILVER ALERT” appear on the screens of cell phones. Though, what really is the difference between an Amber Alert and a Silver Alert?

In the past, some people had a general idea that an Amber Alert was issued whenever a child went missing somewhere in the state and a Silver Alert was issued whenever a senior citizen went missing. Though, changes have been made in recent years as to what age range falls under which category. According to an article written by Cassie Garret for the Whitewater Publications newspaper, “Amber Alerts are for children under the age of 18 who have been abducted and in danger of serious bodily harm or death.” Garret continues to explain:

Garret even mentions another alert that is fairly common called a Blue Alert. Blue Alerts are summarized as an alert for when members of law enforcement go missing or are killed in action, and the culprit has either not been found, or their location is unknown at the given time.

According to the Office of Justice Programs, the Amber Alert was started in 1996 in the Dallas-Fort Worth, Texas area:

“AMBER stands for America’s Missing: Broadcast Emergency Response and was created as a legacy to 9-year-old Amber Hagerman, who was kidnapped while riding her bicycle in Arlington, Texas, and then brutally murdered. Other states and communities soon set up their own AMBER plans as the idea was adopted across the nation.”

No one ever wants to hear that loud alarm to go off on their phones or TV, but it is always good to know more about the specific alerts that may come across your screen, whenever that time comes.