Taking the world by storm, one heel at a time 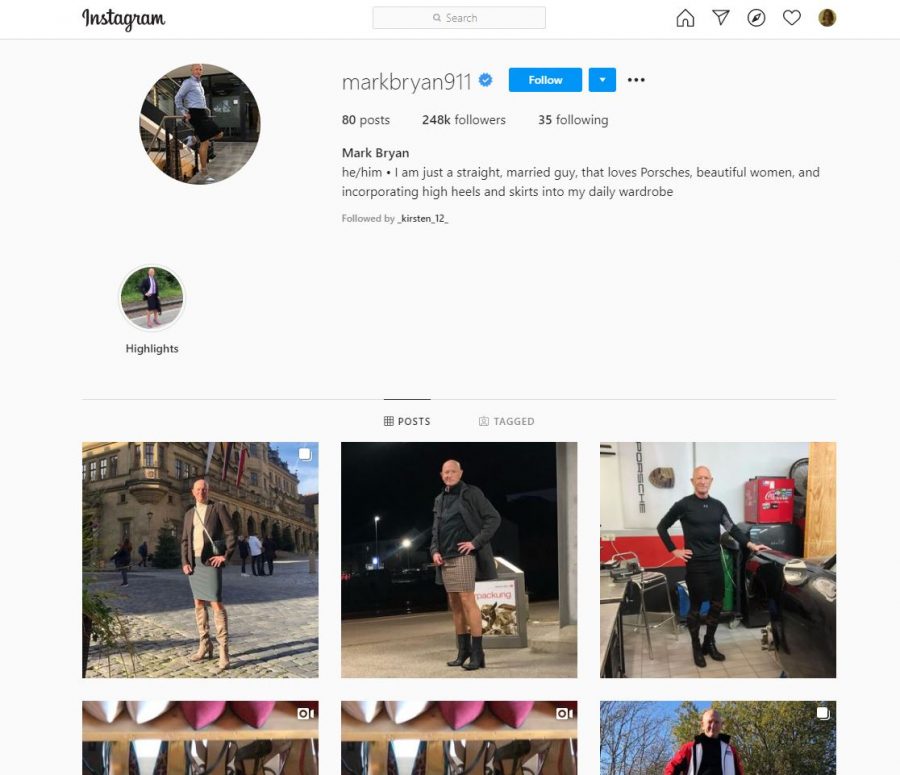 What do you think about a man wearing what is considered women’s clothing? How about heels? For Mark Bryan an American who is currently living in Germany, this is his everyday apparel. No matter where he is going, work, shopping or just around the house he wears a skirt and heels.

In the past month, Bryan has gone viral for his unusual attire, and The Trailblazer was able to ask him some questions about what he wears and the reasons for it.

He began wearing heels with his jeans about 4.5 years ago and 1 year later began wearing skirts with his heels. When asked about what aspects of skirts and high-heels were appealing to them he said,

“The style of a high stiletto heel to me is the most appealing part of it, being able to look good while walking and standing sporting a five inch heel.” This is something that many girls are not able or even do not enjoy doing, so for him to enjoy it the most is interesting. Not only does he enjoy the heels he says,

“[a]dd in a knee-length tight skirt to accentuate the legs and you have put together an incredible display.”

However, he makes it evident that none of this means anything without confidence, his own confidence has grown in the last few years, but only when wearing skirts and heels. This applies even when coaching his football team, it makes him believe that what they are working on will make them a better team.

The overall message he wants to convey is that he truly minds the connotations that high-heels and skirts carry as being “women’s” clothing. He believes that clothes should not have a tag of men’s or women’s, anyone can wear whatever they choose. His family and friends have been very supportive, which has helped him be even more confident.