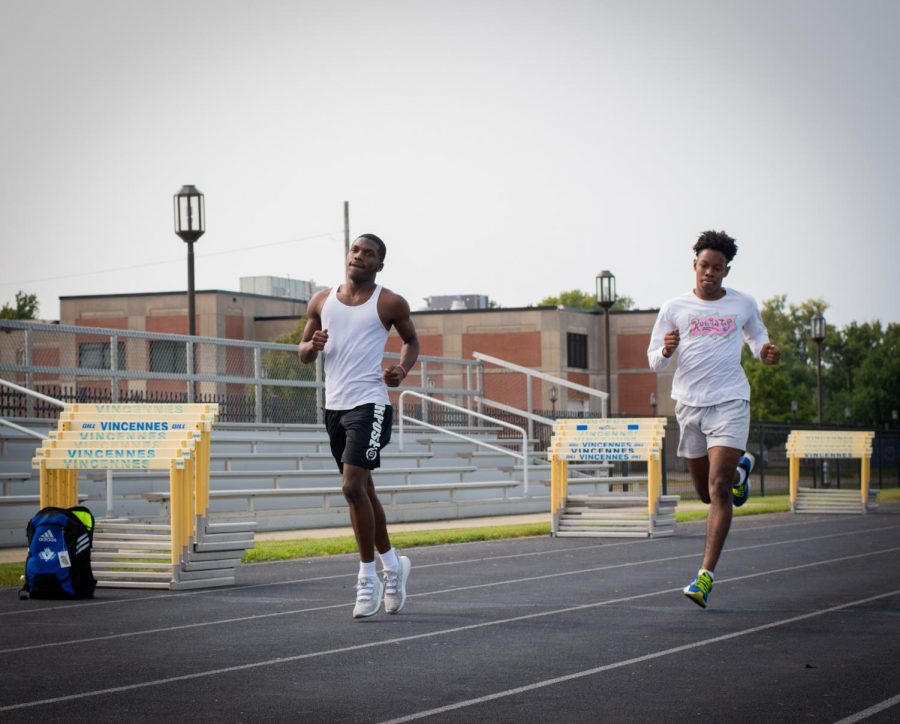 Much like other colleges and universities across the nation, last March came with a sudden halt to all things academic and, especially, athletic at Vincennes University. Though throughout these months since there have been rumors of what’s to come for VU athletics during the ‘20-’21 season, The Trailblazer interviewed two head coaches from both the Track and Field/ Cross Country and Basketball programs to get a personal account of what last season was like and what is in store for this one.

Track & Field Head Coach Chris Gafner recounted what the start of the pandemic was like for not only his athletes, but for him and his fellow coaches.

“We had no grasp on the extent of how difficult everything would be,” he relayed in response to the sudden “shut-down” of the track season. As he stated, it was difficult for everyone to remain hopeful. When it was seen that professional sports were unable to contain COVID as it was trying to, it was obvious that collegiate athletics were not going to do much better.

When in concern to what new limitations may be difficult to comply with, a fear for ability to properly distance fans for indoor track meets was the response. Despite these concerns, Gafner made it clear that he approves of the steps taken by the NJCAA, stating the following:

“College athletics holds a lot of value to the students… We have to do what we can do to make this [season] happen,”

He, like Basketball Head Coach Todd Franklin, was inspired by his athletes motivation to keep practicing and their unrelenting hope for their next season to come to fruition. His excitement for the season and pride for his athletes was clear as he said, “..VU Athletics are ready to go and compete at a higher level than before”.

The same sentiment is shared between him and Todd Franklin, who has been coaching basketball at the collegiate level for what will now be 24 season with the upcoming ‘20-’21 season. During his interview with The Trailblazer, questions of “have you experienced anything like this?” were meet with a resounding “no.” He stated:

“ It was complete shock at the start, but my main priority was for the guys. They were hurting real bad, and like all coaches learn how to do, I put my emotions about it on the backburner to do whatever I could to make last season happen for us. It [the emotions] didn’t really hit me until mid-June.”

Like the Track & Field team, the Basketball team is also taking many necessary precautions such as temperature check-in sheets at the start of practice, regular symptom checks, frequently wearing masks, and practicing social distancing. Like Gafner, Franklin, who is also the NJCAA President of the Men’s Basketball Coaches Association, thinks the NJCAA is acting in the best interest of the athletes and everyone involved with athletics.

Despite hitting the lowest of lows, like losing the chance to be back-to-back champions at the NJCAA Division I men’s basketball national tournament, or losing the opportunity to see and fulfill their outdoor track season, there is no end in sight for VU athletics. Like the coaches and athletes themselves, it is obvious that the fans are eager to see their favorite teams back in action. To ensure us of this, Franklin shared a simple statement:

“We are doing everything in our power to stay safe and to come back better than ever this next season.”