Some projects wrapping up while others just beginning 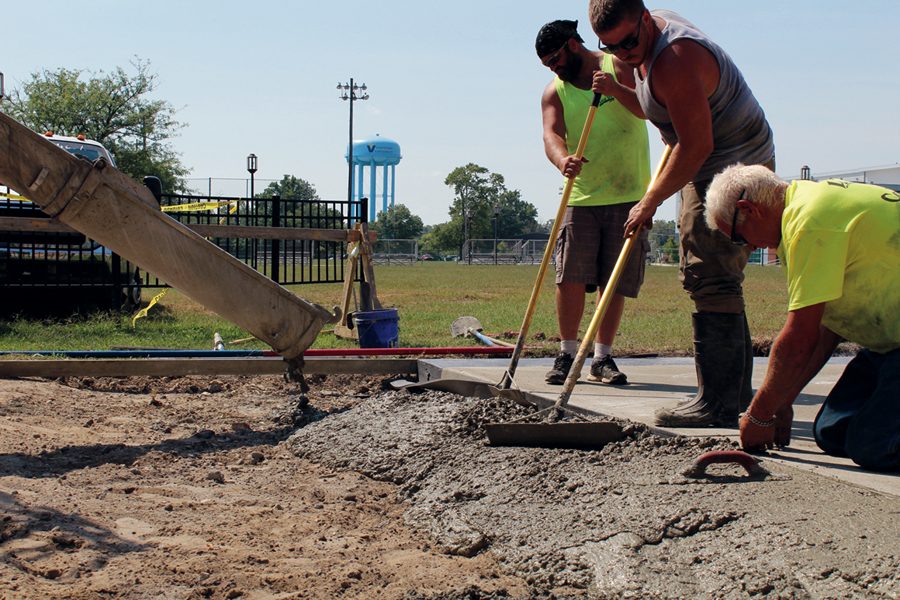 Young has worked with construction for 10 years. He said he loves his job even though it is sometimes challenging.

Over the summer, renovation work began on Walter A. Davis Hall and the Wathen Business Building.

Young said the construction on Davis Hall should be finished within the next two weeks. However, there will be a second phase of remodeling done.

The Business Building needed cosmetic work done as well. They’re working on the flooring and should be done within two weeks, Young said.

Remodeling and redesign of the Shake Learning Resource Center is continuing.

One of the more time consuming projects is redoing the sidewalks on campus.

“All brick walkways will be retouched in some form,” Young said.

The bricks are iconic at VU, but the maintenance and damage repair is too much to keep up with. So the decision was made to replace the nostalgic bricks around campus with concrete. The project should last another year and a half to two years.

Starting in October there will be a huge $15 million dollar housing construction project in what is known at the French Village.

Last year many houses in that area were torn down to make way for the new housing project. There will be eight different buildings with over 200 bedrooms. Young said the new houses will be more independent living with an “apartment style feel.”

Officials hope to open the first part of this new housing next year.